The holidays in Gargano are a valuable opportunity to visit Isole Tremiti, jewels of Italy, a natural paradise among the most fascinating thanks to its depths, currently protected marine areas.

The Tremiti Archipelago consists of six Islands, nate legend since inception in water of some boulders by the hero Diomedes, among which two are inhabited, while the others are simply reserves.

The Island of San Domino and l’St Nicholas island housing listings and bathing facilities and are ideal for enjoying the sea and Sun, surrounded by fresh pine forests, which cover the territory. Are the only two inhabited islands.

The Capraia island and l’island of Cretaccio represent, instead, the habitat for several animal species, such as Diomedeebirds that have become a symbol of the quakes. The Pianosa island is a nature reserve surrounded by beautiful backdrops, rich in fish species and marine flora, teatro ideal for who loves to dive or snorkel.

Finally the Scoglio della Vecchia is a rock, according to the legend, inhabited by a witch intent on spin, which you can see only on stormy nights.

The Tremiti Islands are a true natural paradise, to visit at least once in their lives, to find out what nature can create wonders.

Subscribe to our Newsletter to get more information on promotions and events for next season!

Activities in the Gargano

The residence Fontana Vecchia is located very close to the sea, a few steps from the beachfront and in the heart of Gargano National Park. The location of the residence is the ideal starting point to explore the surrounding area: the evocative lanes of the historical centre, the Gargano hinterland with its variegated vegetation, the sacred places of San Giovanni Rotondo and Monte Sant’Angelo, the enchanted Umbra Forest, the fascinating coast punctuated by mysterious sea caves, etc.. 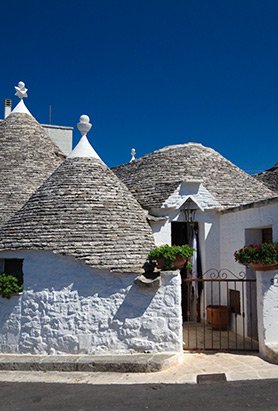 A journey into the heart of Puglia to discover the "Trulli"...

Learn about safety at sea, on the equipment, the fish... 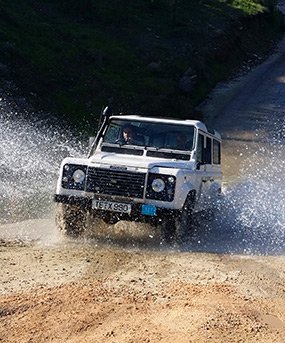 We will enter the heart of Gargano National Park of Gargano... 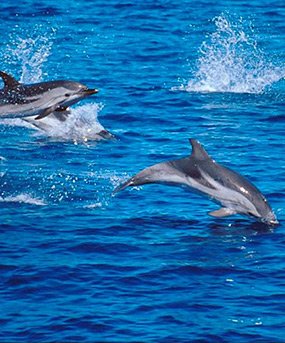 Expedition photography on the high seas looking for rare shots and ... 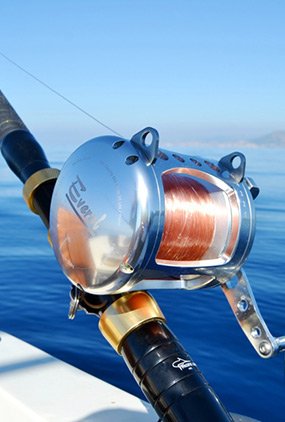 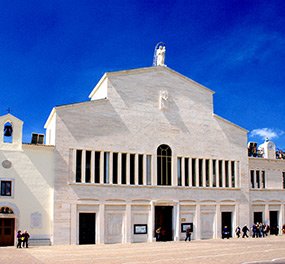 Along the way, short stop at Umbra Forest to enjoy nature ... 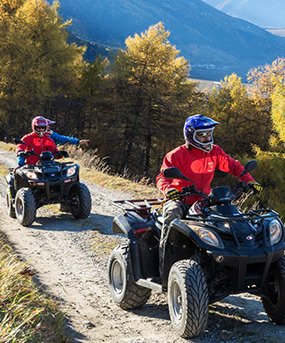 Quad bikes are motorcycles on four wheels mono gear. You can drive with ... 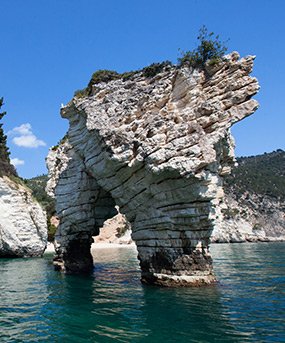 A fascinating trip along the South coast of the Gargano, to discover the ...

Alberobello and the Castellana Caves

A journey into the heart of Puglia to discover the "Trulli" of Alberobello, ancient dry stone buildings, famous throughout the world and declared by Unesco, and visit the enchanting caves of Castellana among the stalactites hanging from the ceiling, stalagmites, limestone formations on the ground and other bizarre shapes formed over the centuries. Departure only on certain days of the week on reservation from 7:00 at 19:00.

Learn about safety at sea, on the equipment, fish, bait type, the via ferrata, retrieving, unhooking, and fishing in mackerel and horse mackerel in 2-3 nm. from the coast.

We will enter the heart of Gargano National Park of the Umbra Forest, through an amazing journey in the countryside, with our expert guides of the territory.

Deep sea fishing day single or teams of 2 or 3 items where components are divided the tasks and/or alternate image at various stages: fishing for live, the fight, the arraffio, etc. The type of prey and consequently of bait is dictated by species (yellowtail, Tuna, snapper, Mackerel, Dolphinfish, Sword, etc.) at that time fishing areas (forts, desks, etc.) which are located between 7 and 20 nautical miles off the North coast of Vieste. The cruising and fishing will be about 10, except in return for reasons of force majeure (bad weather, rough seas etc:).
The amount and size of fish will be in compliance with the regulations.
The equipment supplied for each individual or team consists of: 1 fishing rod fishing rod with reel 50 trolling alive, 1 lb, 2 weights 2-assembled for Big Game terminals, guardian, 3 artificial frames for vivo. Personal equipment allowed.

Along the way, short stop at Umbra Forest to enjoy nature in the Pearl of Gargano National Park, a path that tells about the life, works and miracles to the Padre Pio Pilgrimage Church Sanctification through the sacred places: The sanctuary of Santa Maria delle Grazie, Chiesa di San Pio da Pietrelcina by architect Renzo Piano, Casa Sollievo della Sofferenza.

Quad bikes are single speed bikes on four wheels. You can drive with the B license, you can carry a passenger and require the use of helmets. The hike is similar to the jeep safari and includes: quad rental, driving, helmets, insurance against third parties, fuel, technical assistance. You can choose between: excursion 2 Base hours (25 Km)-Long Hike of 6 hours (70 Km) with lunch at the farm.

Daily departures to the beautiful islands quakes with passenger transportation around the archipelago, the sea caves of San Domino and the statue of Saint Pio of Pietrelcina. Complete the day of your visit to St Nicholas Island to discover its history among the monuments of the city. 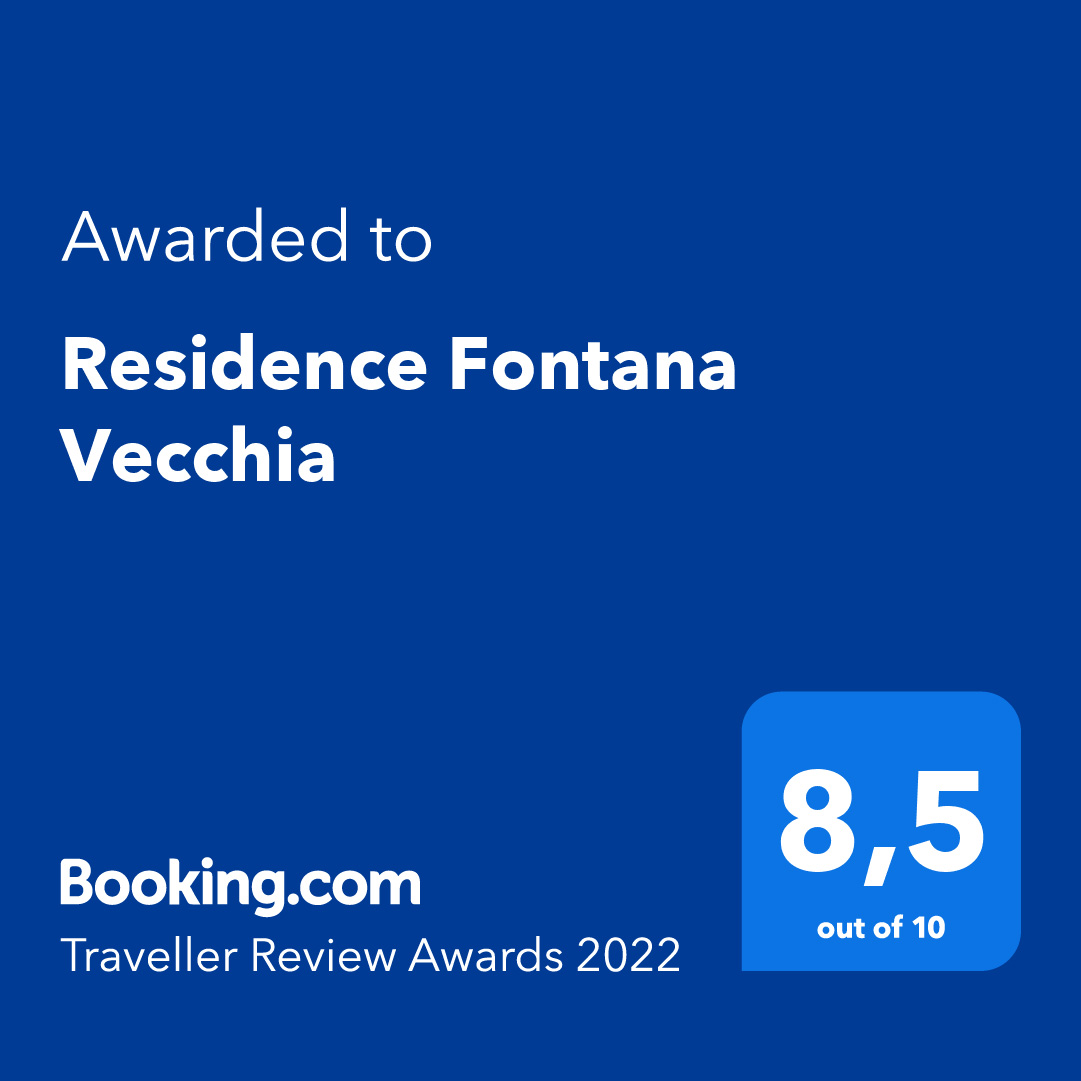 Residence Villa Coppitella – The ideal solution for a peaceful and relaxing holiday in Vieste, surrounded by an incomparable panorama.